Writing Help from This World and Beyond

Tags: Lau Ah Leong, Pam Chun, Honolulu, Hawaii Chinatown, National Archives
When I was a little girl, I’d skip across Nuuanu Stream with my girlfriends in the afternoons and catch minnows and crayfish with bare hands in the cool mountain water. In a time when little girls were expected to be wives and mothers, we’d lie in the sun on the biggest boulders and, while the hot rocks warmed our skinny legs and arms, dream of what we could be: professors, artists, or business women. I wanted to be a writer. But after college I became a wife and mother and, out of necessity, a businesswoman.

One day when I was in Hawaii on business, Hawaii’s first U.S Senator Hiram Fong, told me he knew my great-grandfather very well, that he was one of the most famous men in Hawaii.

“What was his name?” I asked. We were close family friends and I had not heard this before.

“Lau Ah Leong. He was a great businessman and we did a lot of business together.” Senator Fong was surprised I didn’t know the name.

“Who is this Lau Ah Leong?” I asked my grandmother when I went home. My grandmother and I had become even closer since my mother, her eldest daughter, had died right after I graduated from
Berkeley. She was the one I ran to first whenever I returned home.

“Humph,” she waved a dismissive hand. “He’s dead.” She would say no more. I was shocked.

I asked my aunts and uncles and father who this Lau Ah Leong was. And why my grandmother, who always answered my questions, would not tell me about him.

“Why do you want to know?” they asked. “There’s nothing good to say about him.”

So I searched Hawaii’s Archives and libraries. Lau Ah Leong was not mentioned in any written history of Hawaii and not in the newly published history of the Chinese in Hawaii. I was puzzled.

In the National Archives in San Bruno, an archivist named Neil Thomson taught me how to use their files and then brought out dozens of huge files--Immigration files on Lau Ah Leong and his five wives, twenty-two daughters, and ten sons. His first son was my grandfather, and his first born was my mother. Lau Ah Leong had been a friend of the Hawaiian Monarchy and the most prominent Americans. He had founded Honolulu’s Chinatown and his name still stands above it. My mother had never told us.

It took ten years to sort out this tangle of intrigue, scandal, deceit, romance, back-stabbing, and love. And each time I returned home I’d show my grandmother the photos I had found in the National Archives. “Where did you get these?” she demanded. I’d tell her what I knew.
Only then, over cups of tea in the early morning after she had finished her prayers to Guan Yim, would she tell me one more story about Lau Ah Leong. Her tales were of love, sorrow, disappointment, loyalty, and devotion. She had married the First Son of the First Wife so our family should have inherited Lau Ah Leong’s legacy and fortune. But greed and deceit, lust for power and land destroyed the legacy.

His story would become my first published novel. But before THE MONEY DRAGON went to print, before I had sent the last draft to Hillel Black, my editor in New York, my grandmother, who carefully parsed out information only after I cajoled, told me one more story.

“Your grandfather and I took care of Lau Ah Leong while he was dying. Every day, we washed and fed him. When I knew he was going, I leaned down and told him, ‘Baba, you leave us nothing but your son and I still love you. We want nothing from you except this. When you go to the other side, you take care of my children. You watch over them and keep them safe. This you must do!” My grandmother said Lau Ah Leong looked her straight in the eye and nodded.
I quickly added this last scene into THE MONEY DRAGON. I thought about Lau Ah Leong’s promise to my grandmother and how he had kept his word because everyone had survived the bombing of Pearl Harbor and my uncles had returned from combat in Europe during World War II. But Lau Ah Leong was not done.

I returned to California. A few nights later I was sound asleep. Strangely, my laptop, which was near my bed, turned on. I woke up, puzzled by its hum, lifted the lid, and was surprised to see the computer light up and ring the distinctive start-up tones. I was positive I had shut it down. I fiddled with shutting it down which took a while to cycle. But by the time the screen went blank, I smelled smoke. I followed the scent downstairs to my oven which should have turned off its automatic cleaning cycle 4 hours ago! It had not. My oven had been heated to 900 degrees for over seven hours. All the cabinets were too hot to touch. I turned the oven off and threw open the windows to bring in the cool San Francisco Bay air.

“Lau Ah Leong!” I lifted my head and called. “Was it you who woke me up? Are you still keeping your promise to my grandmother to take care of her children? You saved my life,” I told him. “Thank you.” I sent my final draft to my editor the next day.

I like to think my great-grandfather, who died in the 1930s and was honored with the second largest funeral in all of Hawaii as thousands lined the street five deep to watch his gold coffin roll by, was pleased that I had finally told his story. He wanted me alive to do so. He, along with Senator Fong, archivist Neil Thomson, and my grandmother, made sure I became a writer. 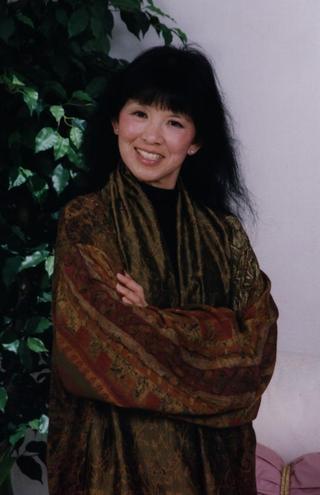